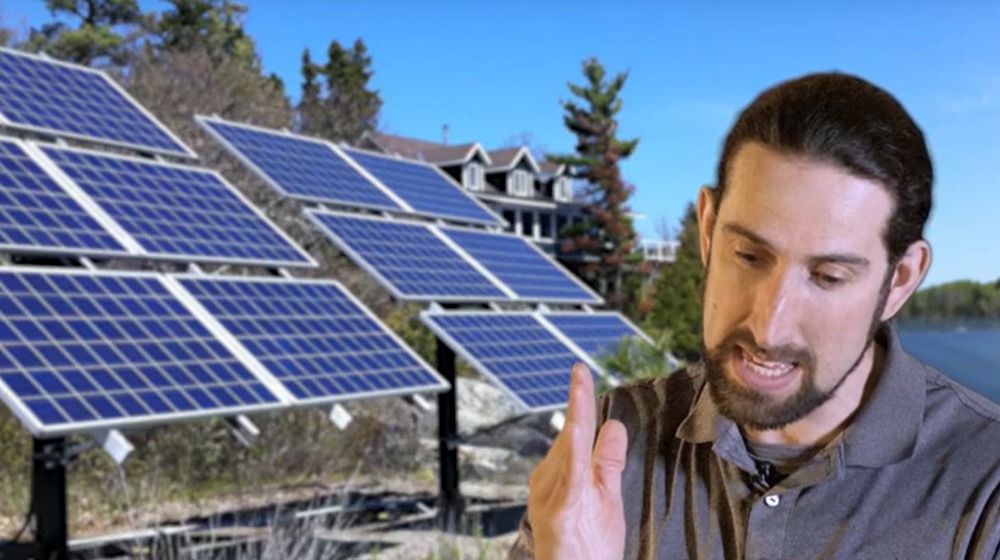 Manitoba’s Raysolar sets up solar and wind energy systems. Technical expertise combined with being able to work in both of Canada’s official languages has opened up doors to expand into Francophone African countries.

(RAY PAMBRUN - voice-over) My name is Ray Pambrun and I’m the founder and owner of Raysolar.

(The camera transitions to a view of RAY PAMBRUN in front of solar panels and then intersperses photos of RAY’s childhood and his father along with videos of RAY in meetings, and Raysolar corporate promotional materials into the next part of the interview)

(RAY PAMBRUN) It was the strong francophone, St. Boniface culture of especially my father who instilled in us that, you know, we speak French in the house. My dad knew that being a francophone was important because he was living it every day. I mean, in his job was sales and marketing across Canada in the automotive industry and it opened up doors in his profession and for his company that he was able to speak French.

(RAY numbers the reasons on his fingers while he speaks) I mean working in the Maritimes, working in Quebec.

(RAY PAMBRUN) So, he knew that value. He says, one day Ray, you will see the opportunity in your work or maybe your businesses and here we are today.

(RAY PAMBRUN)  Really, it wasn’t up until the last few years that I really started to say ok, I’m coming into St. Boniface, there’s a whole community, there’s there’s opportunities outside of just Winnipeg with the francophone communities. Working with the CDEM is where the doors really started to open because it started to connect the dots with the people that had the know-how or the resources with how we’re going to put this together.

(RAY PAMBRUN) In business, we’re always trying to take out the peaks and valleys of our sales cycle as much as possible, right? It’s more predictable revenues. So I was looking for opportunities where the sun shines.

(Video clips of streets and traffic in an African city, RAY in meetings at Raysolar, Raysolar promotional materials inside the Raysolar office, and Raysolar equipment are interspersed into the next part of the interview)

(RAY PAMBRUN) Africa was the opportunity to bridge being able to speak French and to bring our expertise and our resources to countries that has a tremendous amount of solar capacity. What we’re doing in renewable energy as an English speaking and French speaking business is very very unique. Especially in Africa because not only is it being able to speak French, it’s cultural challenges as well and having a team that has the cultural exposure as well as the francophone, French abilities.

(RAY PAMBRUM) For us to come in and offer those services at the quality that we would here in North America and in Canada, in a country where we know the standards aren’t as high, but we can come in with the same standards and we can navigate the culture, we can communicate and we can build the relationships that are going to help to really bring a technology to to to a population that needs it.

(Be Leaf Media and CDEM logos)