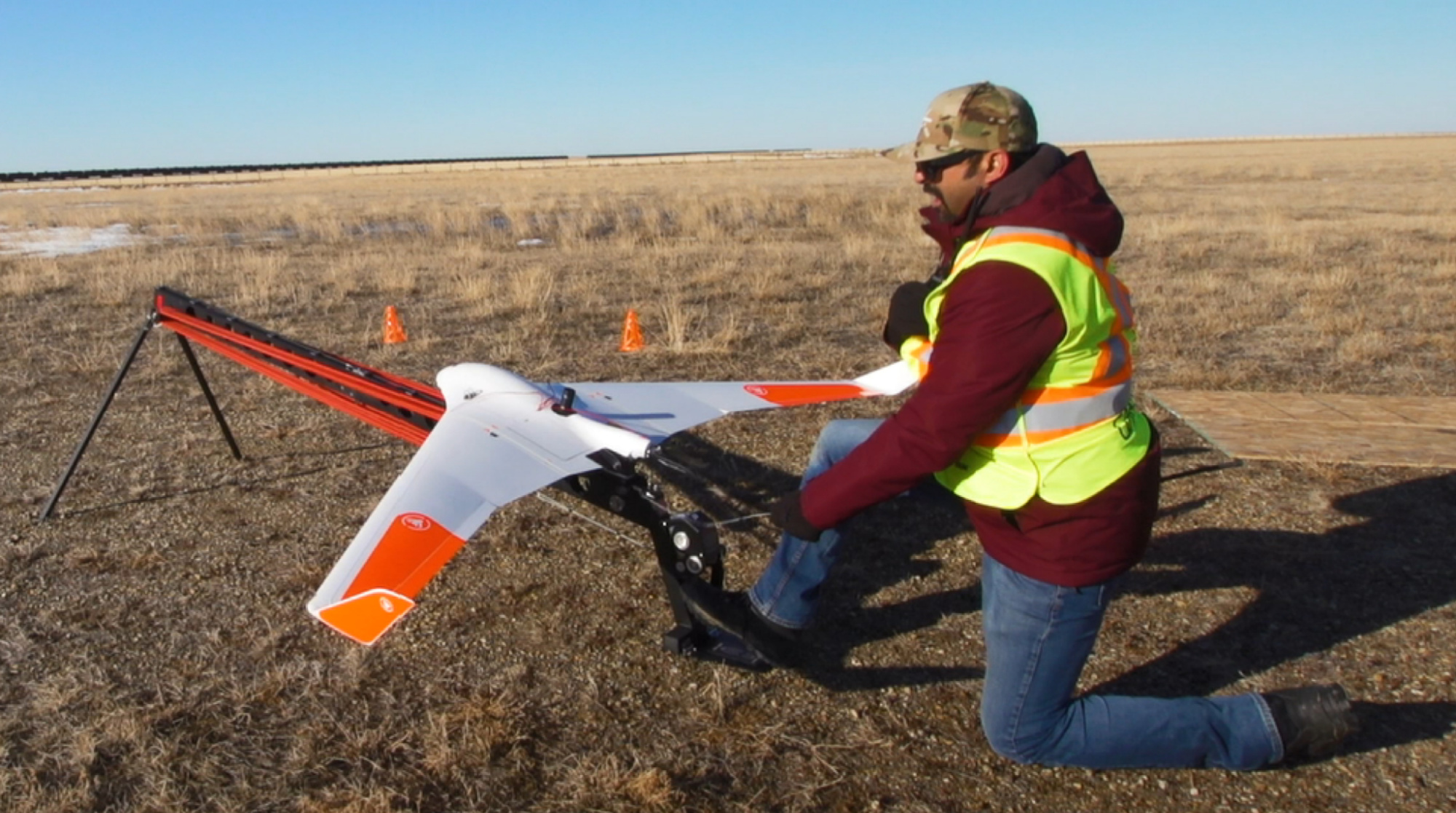 They are called unmanned aerial vehicles (UAVs). But you likely know them as drones. And they are revolutionizing many industries by increasing efficiencies and cutting costs. These aircraft range in size, and can transform how organizations access and survey land, move goods and build new infrastructure.

Before drone technology can set forth into shared airspace, extensive testing must show it to be both reliable and safe. That is where the Foremost Unmanned Aircraft Systems (UAS) Test Range comes in. Based in the village of Foremost, Alberta, the test range offers more than 700 square nautical miles of restricted airspace.  This gives small and medium-sized firms plenty of space to test new drone technologies. It is one of only two places approved by Transport Canada to conduct beyond visual line of sight (BVLOS) testing. Integration of BVLOS brings benefits to many industries. Some of those benefits include:

The calibre of testing at the Foremost UAS Test Range will be a key support for new technologies that improve how organizations operate. It will pave the way for Alberta to be a leader in drone technology.

(Scenes of a drone being launched and flown, people wearing yellow security vests manage equipment and overlooking the flight from a vehicle below.)

(DOUG HANNA – on-screen and voiceover) Original equipment manufacturers of drones would come here to test their systems to make sure they fly properly.

Drone operators, companies that use them for inspection or surveying. They come to the test range to prove that they can conduct those operations effectively and safely.

(DOUG HANNA – on-screen and voiceover) The benefit for Alberta and for Canada as a whole is that drones have the potential to influence every sector of the economy.

(Scenes of a drone flying through an open sky, then a montage of various landscapes: forest, crops, windmills, water rushing through a dam, then data on computer monitor.)

(Video of unmanned aircraft being launched and monitored from the ground below. People review data on a monitor and the image cuts back to the drone in the sky.)

(ROBERT GUSTAVSSON) It's really allowed us to test out our new detect-and-avoid technologies, for beyond visual line of sight flight. It also lets us test out new technologies so that we can go to a customer site fully prepared to perform the mission safely and efficiently.

(DOUG HANNA) The WD funding has been critical to us.

We've used the WD funding first for infrastructure and a lot of the technical equipment that's necessary to be conducting drone testing.

(Montage of the assembly of a drone and radar infrastructure.)

(DOUG HANNA - voiceover) In addition to that, we've used more recent WD funding to actually pursue the technical problems that every company and the whole sector faces. Detect and avoid is an example of that.

(DOUG HANNA) I think the real benefit of the test range is the way we're able to help numerous other companies grow their businesses...

(A person fixes a camera attached to the bottom of a drone and the camera shows the drone flying over the test site and being monitored by people below.)

(DOUG HANNA - voiceover) ...giving them a place where they can show that they're able to operate their drones safely, whether it's imaging with a camera or whether it's delivering a package. Our airspace is generic to any of those kinds of applications.

(Text on screen: WD committed a total of $1,125,000 to develop the Foremost Unmanned Air Systems Test Range and for equipment and technology to enable Beyond Visual Line of Sight (BVLOS) flight operations.)