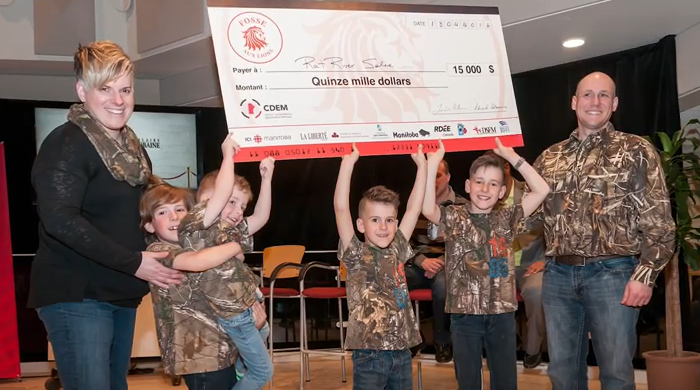 Bilingual entrepreneurs and municipalities in Manitoba have a lifeline. Conseil de développement économique des municipalités bilingues du Manitoba (CDEM) is there to help them grow. Its services include:

Western Economic Diversification Canada funds CDEM as one of four Francophone Economic Development Organizations in western Canada. They aim to enhance the vitality of official language minority communities and support their economic development.

(The camera focuses on a building sign for CDEM that reads “CDEM Votre succès, c’est notre affaire!” and then transitions to a view of SUZANE DRUWE in an office setting. Photos of people, organizations, and businesses that CDEM works with are interspersed into the first part of the interview.)

(SUZANE DRUWE) CDEM’s mission is to work with bilingual communities throughout Manitoba and with entrepreneurs as well. And we really help them at every stage of their projects, whether it be community economic development projects, it could be a start-up or a business expansion.

(Photos of La Fosse aux lions winners holding novelty cheques are interspersed into the next part of the interview along with photos of people, organizations, and businesses that CDEM works with.)

(SUZANE DRUWE) We even have a competition called la Fosse aux lions. La Fosse aux lions is a kind of Dragon’s Den and the winner takes home $15,000. It’s a way to help them grow their business and for us, the CDEM, to promote their products and services, services that are offered in both official languages. And that’s important because the ability to offer services in both languages is often what makes them unique. It separates them from other businesses. And, for a lot of them, it’s what makes them successful, whether it be here in Manitoba or nationally or for some, even internationally.

(Video clips of young adults learning employability skills in a classroom setting with a teacher and gaining work experience are interspersed into the next part of the interview.)

(SUZANE DRUWE) Employability and economy really go hand in hand and that’s why we work a lot with young adults. We help them find employment. We show them how to write a CV, how to write a cover letter. We show them how to present themselves in an interview. They even get some work experience. All of that to help them be part of the workforce and always the emphasis throughout all of that is the importance of bilingualism in the workforce.

(Video of children and a teacher interacting in classroom are interspersed into the next part of the interview.)

(SUZANE DRUWE) You know, we work with thousands, thousands of school kids in Manitoba, in French schools and immersion schools. And French schools and immersion schools, I mean that’s really a direct result of Canada’s Official Languages Act. It has really allowed French to flourish everywhere in Canada and it’s given rise I think to this cultural diversity and a linguistic diversity that is at the core of Canadian values.

(Video clips of children and a teacher interacting in a classroom are interspersed into the next part of the interview.)

(SUZANE DRUWE) When we go into the classrooms we do financial literacy, we talk about entrepreneurship, we talk about options in terms of careers, trades, even setting up a business, becoming a business owner. We always emphasize that, you know, bilingualism in what they’re going to do in their life is an asset, it’s an added value. That bilingualism contributes to Canada’s economy and its wealth. And we’re not just talking about its economic wealth, but also the wealth of its society, its social wealth and its cultural richness. That’s always key in everything we do with kids and it’s really at the heart of everything CDEM does with its clients.

(Be Leaf Media and CDEM logos)