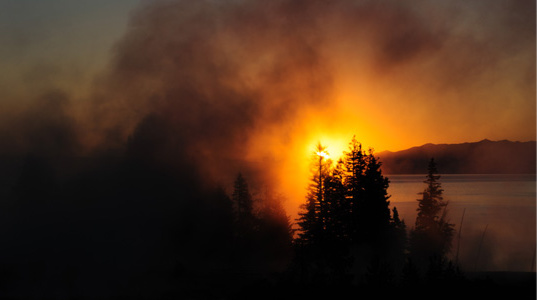 The 2017 and 2018 wildfire seasons were the worst in British Columbia's history. The 2017 fires burned an area twice as large as Prince Edward Island and displaced over 65,000 people. The 2018 fires surpassed this record by burning 2,000 hectares more than the 2017 fires.

Small businesses account for 98% of rural British Columbia's economy. They are the pulse of communities across the province. Many rural entrepreneurs in areas hardest hit by the wildfires faced barriers to rebuilding. There were fewer clients. Staff was displaced. Revenues were down. Community Futures Development Association of BC (CFBC) said the wildfires impacted up to 15,000 businesses.

WD provided $1.84 million towards the project, which allowed CFBC to work with their network of Community Futures offices to target entrepreneurs who needed the most support.

For some business owners, that meant giving them funds to train new employees and get back into business. For others, the project coached the owners back onto their feet. For still others, it gave access to financing to help rebuild their livelihoods.

To date, the project helped over 2,600 businesses that were victims of the 2017 and 2018 wildfires. That includes 566 women-led enterprises and 487 Indigenous businesses. It also allowed over 2,800 jobs to stay in the community, which helped re-build the local economy.

The risk of wildfire remains a concern for many people in British Columbia after two consecutive record-breaking years. But ventures like the Wildfire Business Transition Project can help. When we work together, small businesses can bounce back from natural disasters to build a strong and prosperous economy.