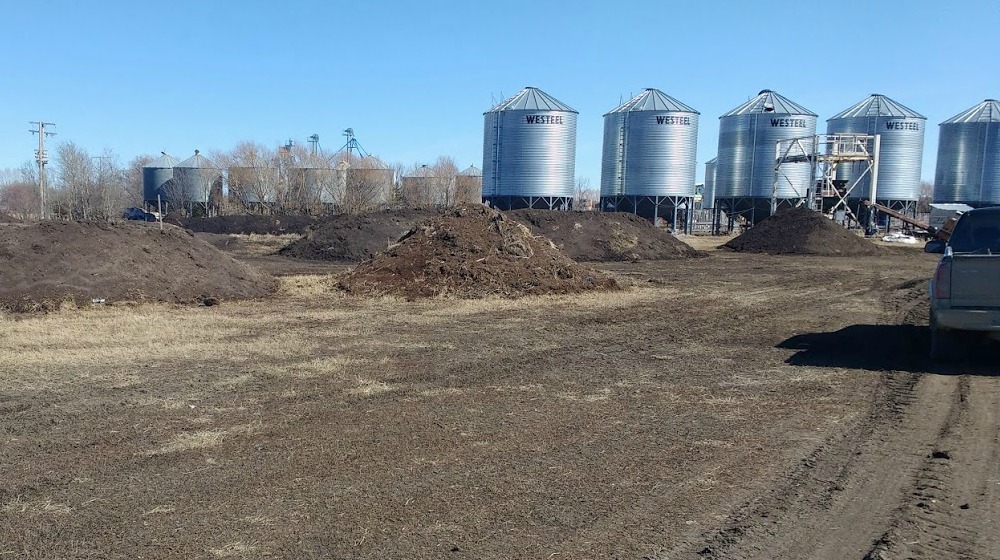 What do francophone farmers in Saskatchewan, an agricultural scientist from France and about a trillion microbial organisms have in common? The drive to make prairie soil more fertile and productive!

A community of farmers in Saskatchewan have used their French language skills to leverage relationships internationally in order improve farming and to boost the local economy.

They are boosting crop yields by going green with “HumaTerra” — an environmentally conscientious soil company that uses microbial organisms found in local organic waste. The road to improving soil conditions on their farms started in France.

For years, Saskatchewan farmers like Clem Perrault and Clément Dion have been trying to do agriculture differently. They wanted to be more responsible in producing food in the face of climate change.

Messieurs Perrault and Dion, along with other colleagues in the industry, reached out to experts in the international francophone community. They connected with a French company who had developed a product that releases microbial organisms into the soil to make it more fertile. The group of Saskatchewan farmers tested the product to see how it would work on Prairie soil to great results.

After a successful testing period, the farmers decided to create a made-in-Saskatchewan product to help farmers increase yields in a sustainable way while boosting the local economy.

And so, HumaTerra sprouted from the Saskatchewan soil like a field of pink alfalfa.

As HumaTerra started to take root, they hired Koenraad Duhem, a scientific director with over 20 years’ experience in France’s dairy industry, as general manager.

While the company began production, CÉCS helped to showcase their product to farmers across the province and helped HumaTerra make its first sale.

To date, HumaTerra has produced a combined 150 tons of their soil enhancing pellets for clients based mostly in Saskatchewan.

Thanks to HumaTerra, local farmers are helping the environment, producing more food and supporting the regional economy by repurposing local waste.

“If we want there to be a future for the next generation, we must begin to change how we think and how we farm the land, by using the waste from the land and returning itto the land,”  says Clem Perrault, owner of Poplar Valley Organic farms and one of the founders of HumaTerra. “That’s the solution. The solution is simple!”

The farmer members of HumaTerra are all Francophones from across the province. With success in Saskatchewan, they are now marketing their products across Western Canada, creating jobs and adding prosperity along the way.